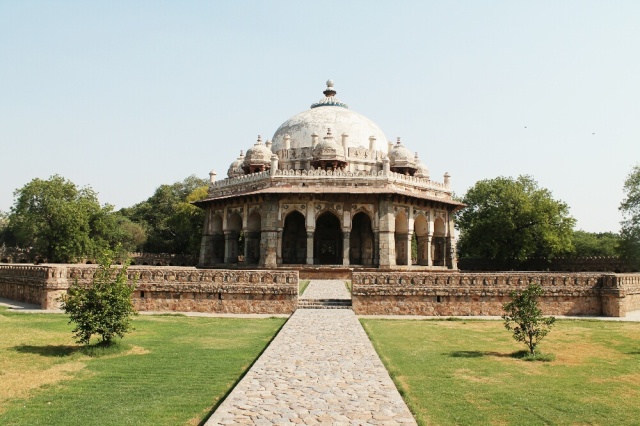 Two days in and no sign of ‘Delhi belly’! Hope I didn’t just jinx us.

Admittedly, Delhi is a bit overwhelming. It’s hard to walk for longer than two seconds without someone trying to sell you something, or ask for money. The side effect of this is that it makes you hesitant to talk to anyone without feeling a bit suspicious of their intentions.

For example, today at Humayun’s Tomb a teacher was there with his pupils. He shared some information with us about the tomb and we were waiting for him to ask for money, which he never did. He was simply a man passionate about his nation’s history and trying to share this enthusiasm with his students.

Don’t worry folks, it’s not all doom and gloom.
Stephen and I had a fantastic day exploring Delhi. We hired a driver which really made the experience that much more satisfying.
Places we visited today:
Laxmi Narayan Mandir (Buddhist Temple)
India Gate
Qutub Complex
Lotus Temple
Humayun’s Tomb 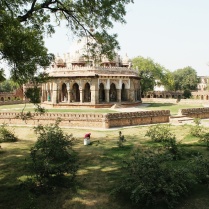 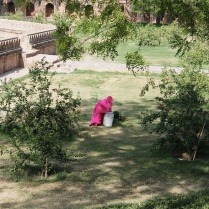 Not to take the easy road, but there would be too much to say about each of these amazingly beautiful places. Please see for yourself in the photos. Impressive to say the very least.

I absolutely cannot finish this post without mentioning that Team MussMart were a little like celebrities today. We were asked numerous times to stop and take pictures with Indian tourists.

At first we were wondering if they thought we were some Hollywood big-shots (cause we look like movie stars obviously). We quickly realised that the tourists wanted pics with us cause we were white!!! Too funny. We were being starred at and giggled at. All in a days travels in Delhi.

Tomorrow we head to Varanasi for 3 nights, then taking the overnight train to Agra. More from us then.