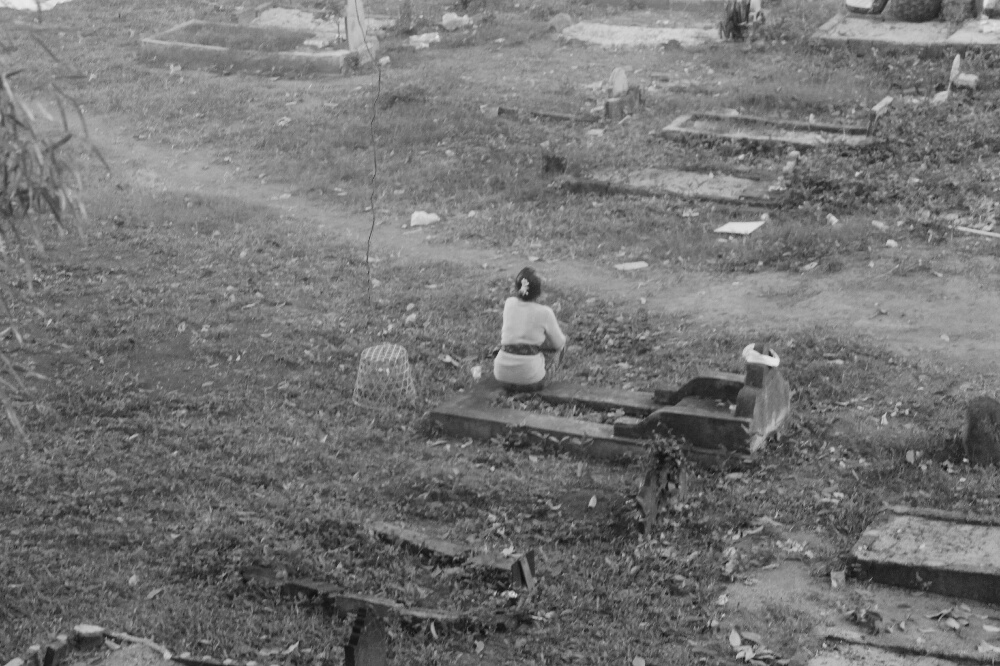 After a great time in Ubud we travelled back to the coast, this time further north to a little harbour town called Padang Bai. We primarily chose this place for an easy ride over to the island of Lombok.

We stayed in a brand new hotel called Beji Bay Hotel, which was offering 50% off promotional discounts. It was a posh hotel with cheap prices, this screams out MussMart.

Padang Bai only really has a small strip of restaurants, bars and dive schools and is mainly travelled to for the port. With this in mind and talking to other travellers, we hired a moped and travelled around the neighbouring towns and villages. I have never really riden a moped since I was about 14 years old….So not too long ago. I remember my brother let me have a go on his in our back garden and I accelerated straight into the bush. No damage done apart from pride. I didn’t tell Katie this until later.

Since being in SE Asia I have seen young children to old ladies driving mopeds, so if they can do it maybe I have a chance to redeem myself. There are many moped rental places, usually you can hire one for about £3/$5 dollars a day. This is great value but a little worrying at the same time because it’s so cheap. The man we hired the bike from didn’t seem to mind I didn’t have my driving license on me which again is great but a little worrying! He warned us if the police stop us we would be fined. Before we hit the open road, Katie made me go for a little spin on my own before hopping on the back. 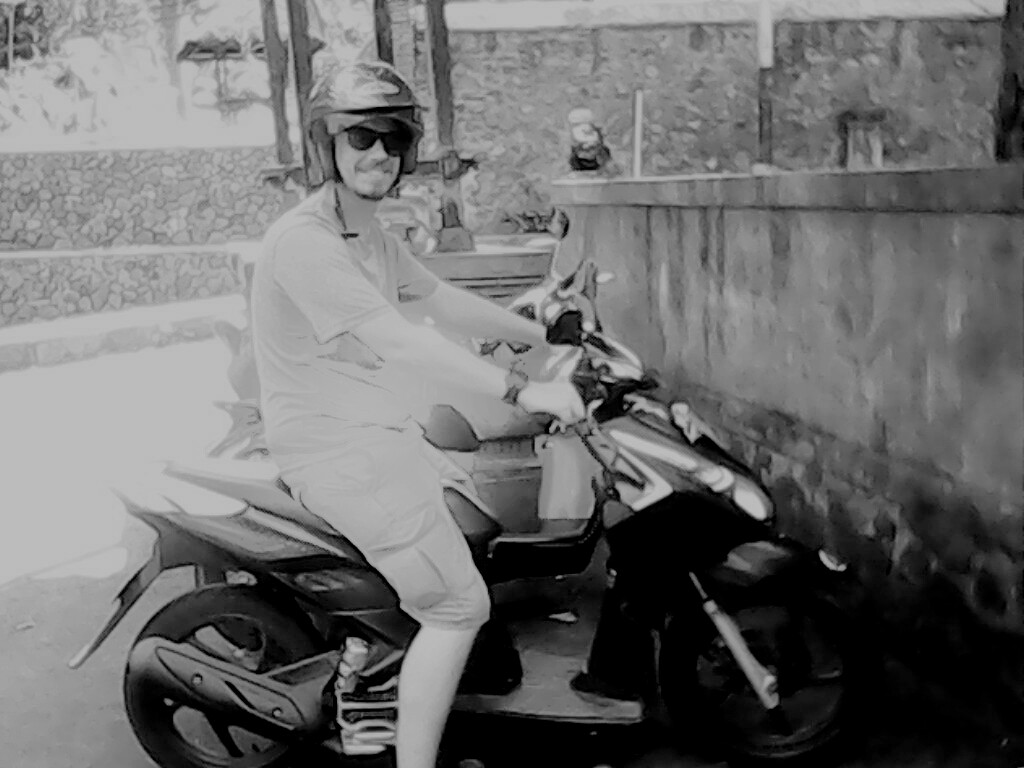 At first I was a little shakey, more like Steve Coogan than Steve McQueen. After about 10mins on the road ‘Born to be Wild’ was the default tune in my head and my inner Steve McQueen began to emerge. The roads aren’t in great condition and some of the vehicles are worse. My first test came around a winding hill as a lorry puking out black smoke passed, leaving the road impossible to see down. I couldn’t just stop either because the traffic behind us.

We headed to the next town over called Candi Dasa. There wasn’t a great deal to do here apart from finding a beach front bar to have a cold drink at and soak up the sun and sights, which we did. After that we headed to a traditional village called Tenganan. 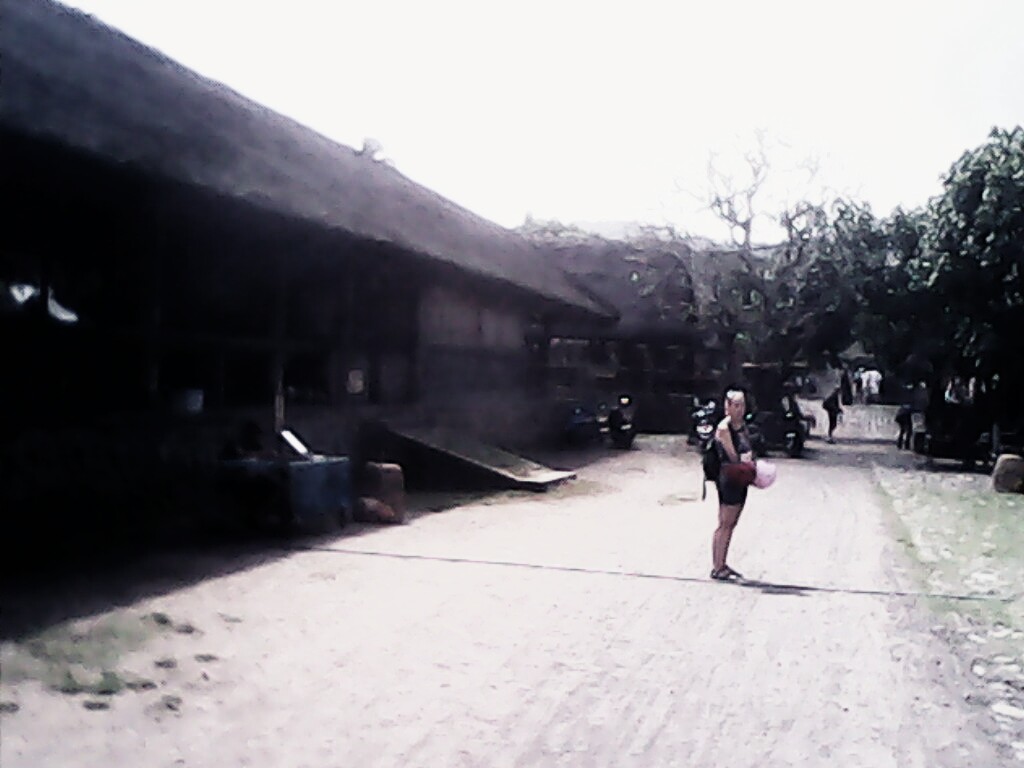 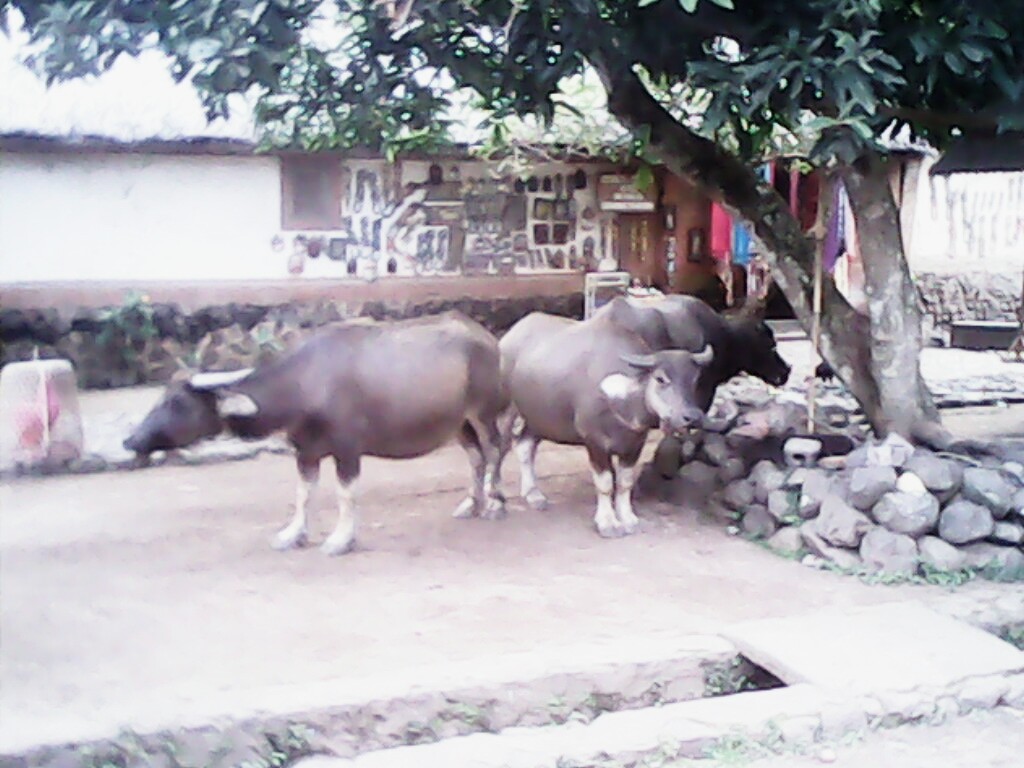 This small village was straight out of a Bruce Lee movie set. You would think you were in the early 1900s – if it wasn’t for the few mopeds lurking about. In the village were all the traditional skills on view, from etchings and hand weaving to painted eggs. It was nice to stroll through with no sign of the western world in sight. It was a calming experience and showed how skilled the villagers were.

Unfortunately due to my lack of moped experience I decided not to take the proper camera out, just in case, so the pictures are from my not so good phone. One of the sights were the mulit-coloured cockerels in their wooden cages, we can only assume these were for racing or fighting so you could tell whose foul had won.

After leaving Tenganan we were feeling adventurous and went to one more town Amlapura. Here we rode straight into a big walking parade. The streets were full of thousands of spectators, police and marching children & young adults. Here my moped skills were put to the test as the roads, half of which were taken up by the marchers and the other half congested by lots of mopeds carefully weaving amongst all the chaos. It didn’t seem to matter where we went there were more and more marchers, police and spectators many of which were saying hello and waving to us.

We did a bit more exploring and stumbled upon a nice beach tucked away from the tourist trap. It was 5 minute drive, then a hike through some wilderness. A small coved beach emerged with white sands and a small bar which we grabbed a beer from and sat on the sand to again, take in the sights. Without the moped we would have been struck on the small road of bars and restaurants with little beach. If you rely on taxis it can get very expensive and is usually a one way journey with no guarantee for catching a taxi back. 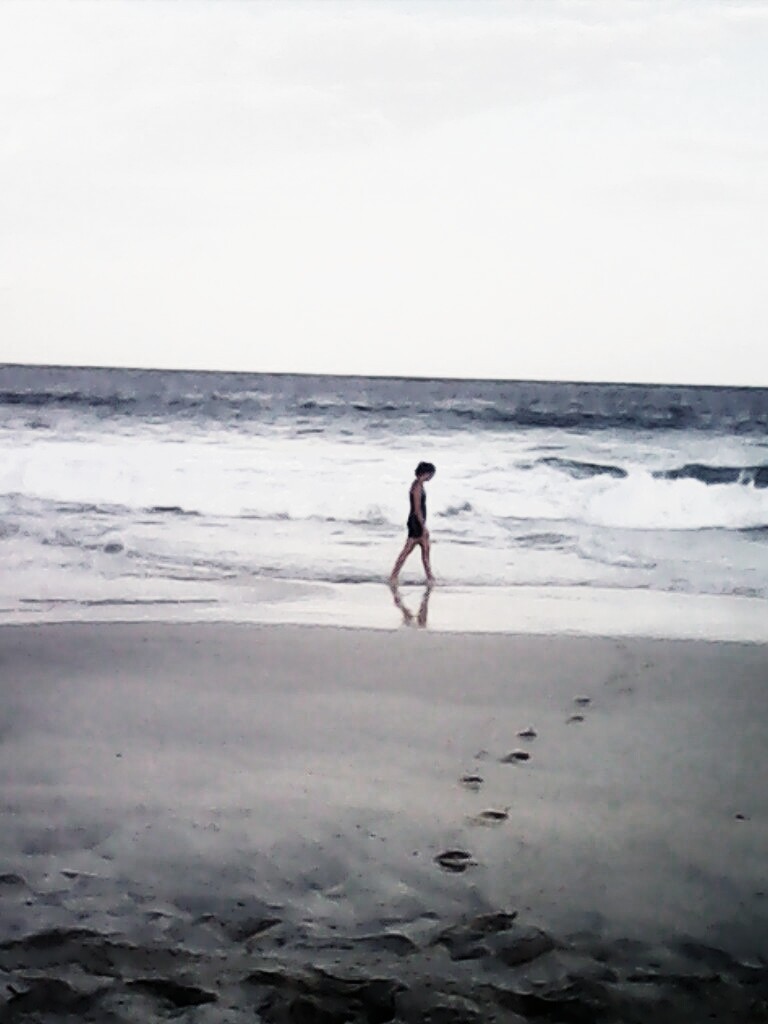 The next morning we were woken by a melodic beat of a drum, it was a bit early for anyone to be partying. It turns out next to our newly built hotel was a cemetery. A cremation ceremony was being held and many people had gathered for this, dressed in their traditional attire. We watched as other guests at the hotel gathered on our balcony (the end room) to watch. We saw one man digging up a grave while others watched, after 20mins he pulled out a brown cloth with what seemed to have bones inside which were to be cremated. No one was crying, everyone seemed to be in high spirits as they celebrated the life of the deceased with music and chat.

It was great to see life celebrated in this way, I am sure the bones had been in the ground for a while so it was unlike our traditional funerals where the emotions are usually so raw. But what a great way to again celebrate the deceased, I am not saying we should all go and dig up our dead relatives but sometimes, over time, we slowly forget and move on with the everyday grind of life.

Our time in Bali is now over and we had a great time. Ubud stands out for us, especially with the volcano climb. The beaches were a little disappointing (from our perceptions and high expectations of Bali) but we learnt that the main costal beaches could be beaten if you travel around looking for the more remote ones. We would definitely go back to Bali, perhaps next time seeing more of the North.

Coming very soon as we have a little catching up to do Lombok and Gilli Trawangan.

So check back soon, Stephen and Katie x