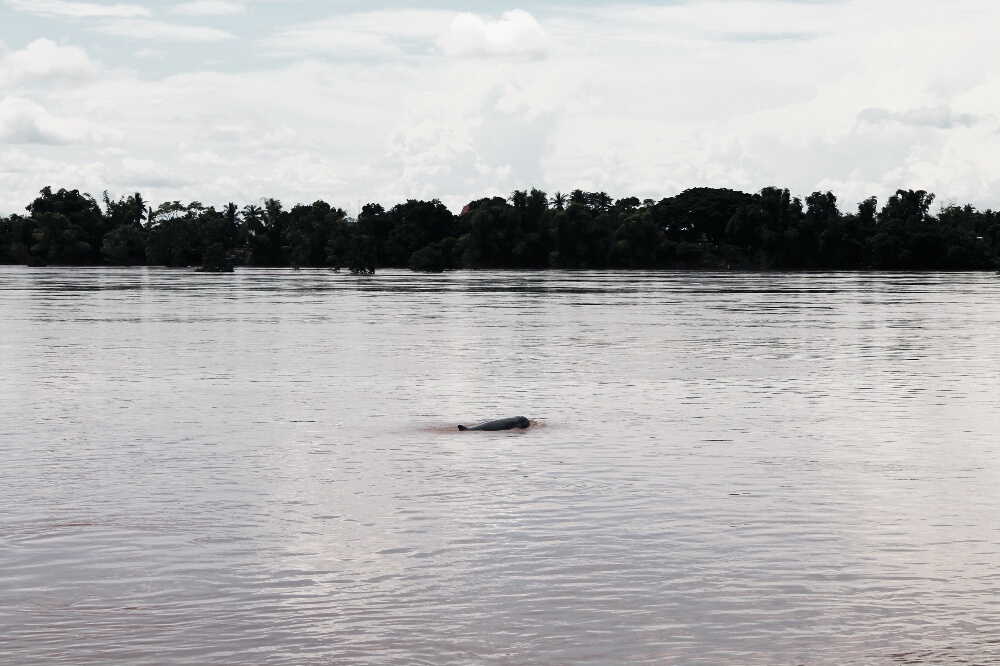 Another tough bus journey, but thankful we had our own seats from Phnom Penh to Kratie. We realised how we can just get on with things and how our expectations are about right when it comes to bus journeys in Cambodia. As we set off on part two of our bus journey to Kratie, one girl got off the bus as it was to claustrophobic, which actually worked out well for us because she was on our row of seats. Another girl who was quite posh from England was complaining that the conditions were ‘unacceptable’ haha sorry no stretched limos here love.

Kratie is a nice little town that stretches along the Mekong River in the eastern Cambodia. There’s not a whole lot to do within the town itself, but we had a nice few days there chilling out and exploring the surrounding area. It’s the first place where the rainy season really hit. It rained everyday and had at least one torrential downpour per day.

There is a market there, something that we’ve come to expect of every town. There are a few good places to eat and drink at, but if you’re looking for a party, this isn’t really the place. One restaurant we liked in particular was a rooftop restaurant called Bamboo Restaurant. The food was tasty, the owners were really nice and best of all it was cheap. We’ve grown an even bigger appreciation than we already had for cheap, especially when it’s quality and cheap.

Our second day in Kratie we decided to go check out Koh Trong Island which sits in the middle of the Mekong. We took a wooden boat filled with locals to the island for $0.50 a person and then rented bikes there for $1.00 each. These bikes were a bit rough around the edges, so it only hit on the cheap part of cheap and quality. 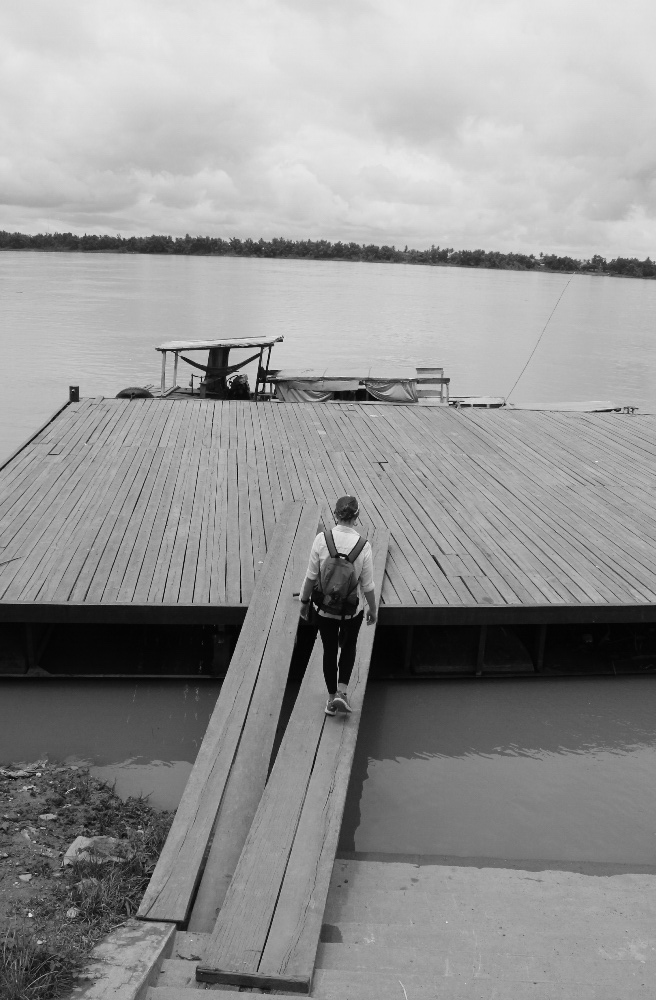 The island was really lovely. It had lush greenery all around, ginormous flowers and fruit trees in every direction. The island is 7km around and as we rolled along the concrete pathway we thought oh what a nice ride this is going to be. There was one issue however. Not even 1/3 of the island has a paved path and with it being rainy season, we had to walk our bikes through thick muddy puddles for majority of the trip. 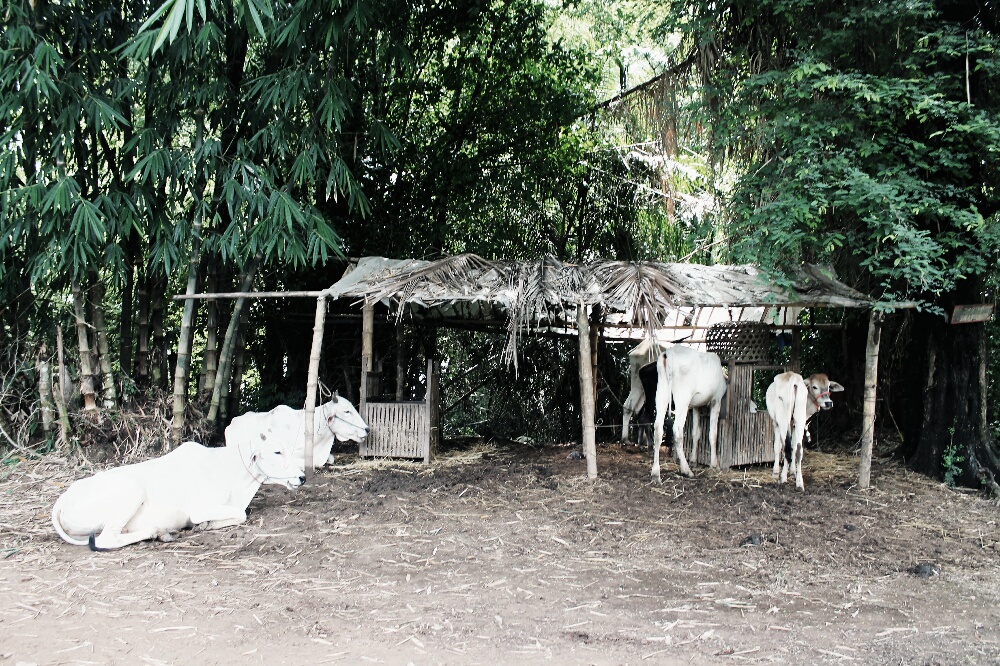 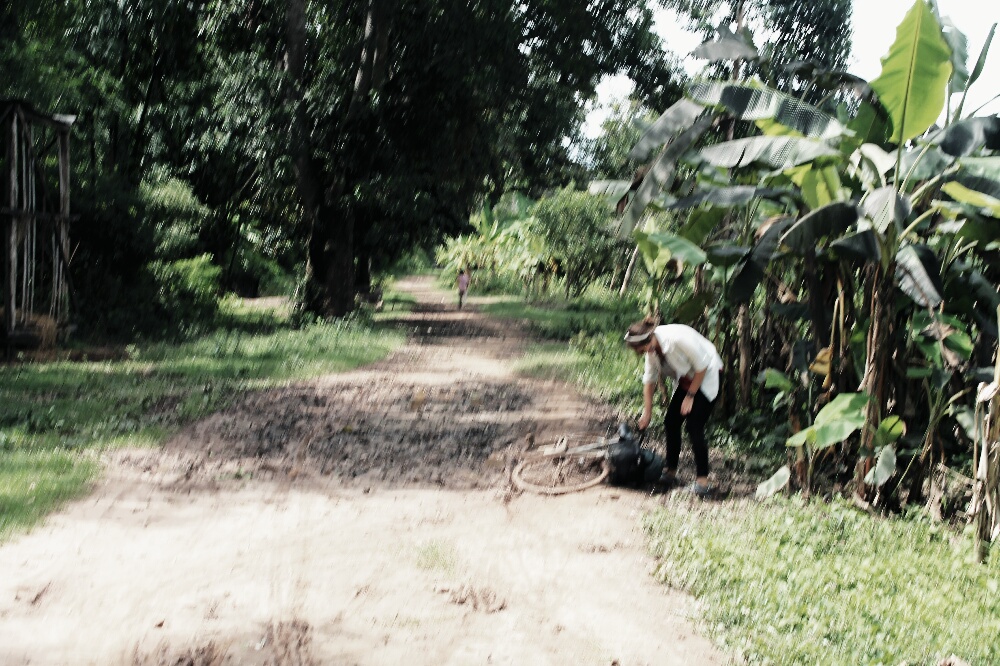 them were covered in sweat and mud by the time we made it around. But like most things, we chalked it up to the experience of it all. It was an afternoon and $3 well spent.

The following day we rented a moped and cruised the surrounding areas. I know we keep saying it, but renting a moped is by far the best way to explore and gain a further appreciation when travelling. Not only will it likely save you money, it also means you can dictate for yourself what you see and when you see it. The alternative is to pay a tuk-tuk driver or tour company to get you around. 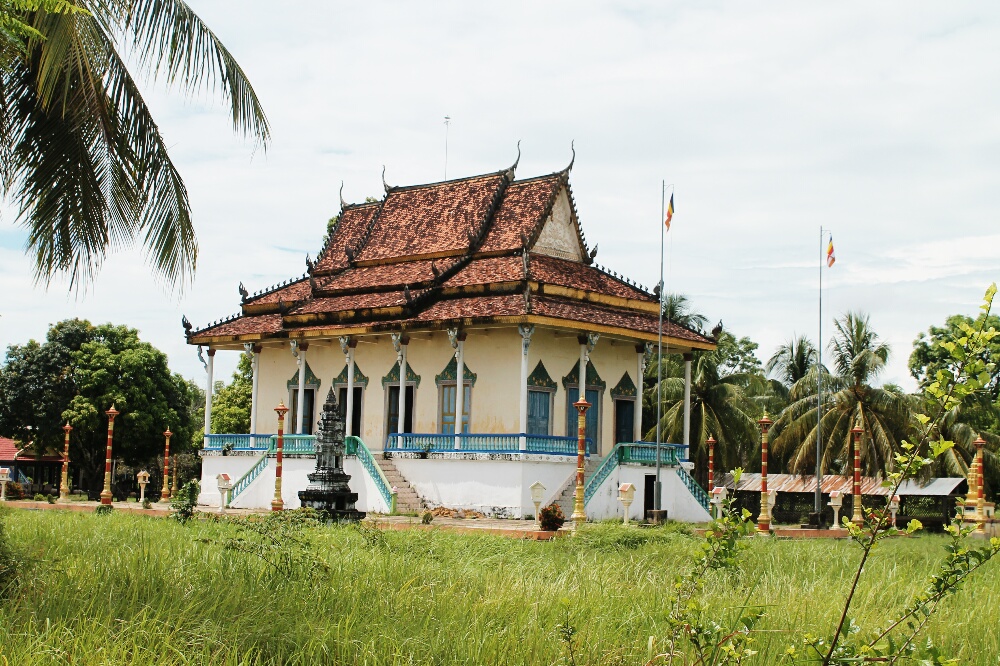 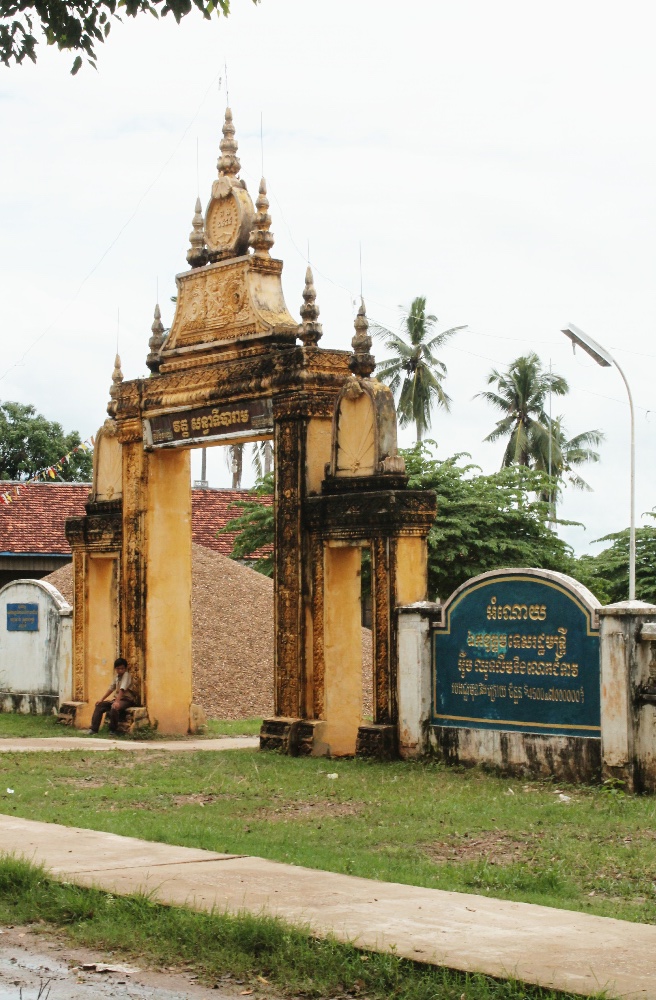 Another big tourist attraction outside of Kratie is to go see the endangered freshwater Irrawaddy Dolphins (aka river Dolphins). Word on the street is that there are only about 25 of the dolphins remain. The worst part is, they aren’t quite sure why that is. I can’t help but wonder if all the Westerners coming to see them has anything to do with it. To my knowledge they are not fished from the river to make soup out of.

They don’t quite resemble Flipper, nor do they jump out of the water to perform tricks like the Dolphins at Sea World. To get a glimpse of them, our heads were moving side to side quickly in whichever direction we heard the air expel from their blow holes. We lucked out and got a good view of quite a few of them. Their heads are quite round and they didn’t have the defined noses of other Dolphins many are more familiar with. I think because of that it made em a little cuter. 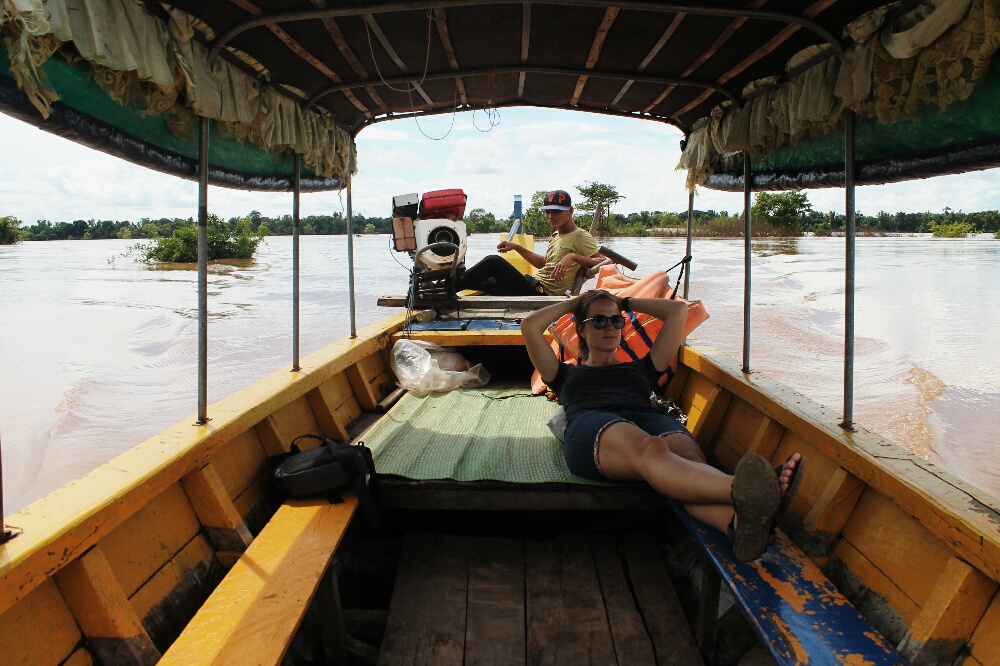 We stayed for a bit trying to get as many views and snaps in as possible before making our way back to shore. It was a really nice experience hiring a boat to see a freshwater dolphin in its natural habitat. Who knows if 10 years from now that will even be a possibility. We hope the efforts to save and grow the species continues.

Our moped ride back from there was wet n’ wild. It started pouring and Stephen’s visibility was lessening. Makes for a good excuse to get a cheap beer and a plate of fries so we can’t really complain.

Kratie was a nice place with enough touristy things to keep us entertained for a couple days. Our time in Cambodia is nearly over. As all roads lead to and from Phnom Penh whether you want them to or not. Our last couple days will be spent there before heading to Ho Chi Minh City in Vietnam. It’s been great Cambodia even with the worst bus experiences we’ll ever have. 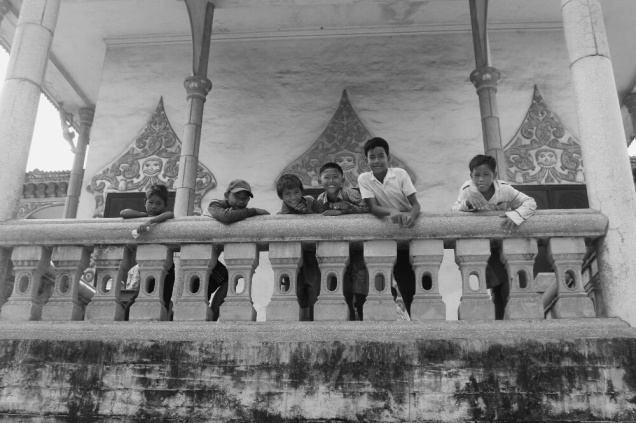 Watch out Vietnam, here we come.