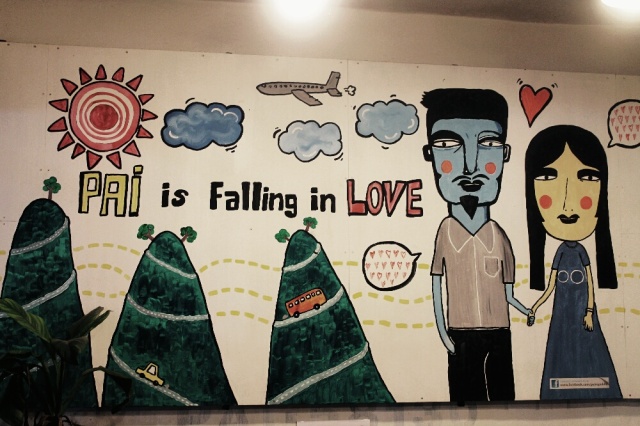 We heard from several people how great Pai (pronounced bye) is and how it’s worth the visit. We couldn’t agree more. From Chiang Mai the journey is uphill and full of meandering roads and sharp turns,  762 to be exact, our journey was ok but i think it really depends on the bus driver you get.

There is however one strange thing about Pai. We’ve seen it a few times on our travels and still can’t wrap our brains around it. It’s an influx of Westerners in an area which dominates the local population. In the case of Pai, the town is concentrated on just a few streets and once you’re outside of that parameter, the domination of Westerners seems to waver. We still cannot determine if this is absolutely awful, or if it’s ok. If we stayed anywhere longer than three days perhaps we’d learn the pros and cons about (predominately) young partying Western kids concentrated in this manner.

The best parts of Pai lie outside of the center and a $5 a day moped will get you there. The landscape and scenery is absolutely gorgeous and there are plenty of places to stop along the way for fantastic views. We stopped at one cafe where I fell in love with the sweetest little pig I’ve ever seen. I told Stephen that ‘I want to be that little pigs best friend’. I couldn’t take her course in a few months we’d have a 300 pound pig on our hands. You know what they say, pigs are for life, not just for Christmas, although pigs in blankets are a perfect christmas snack. 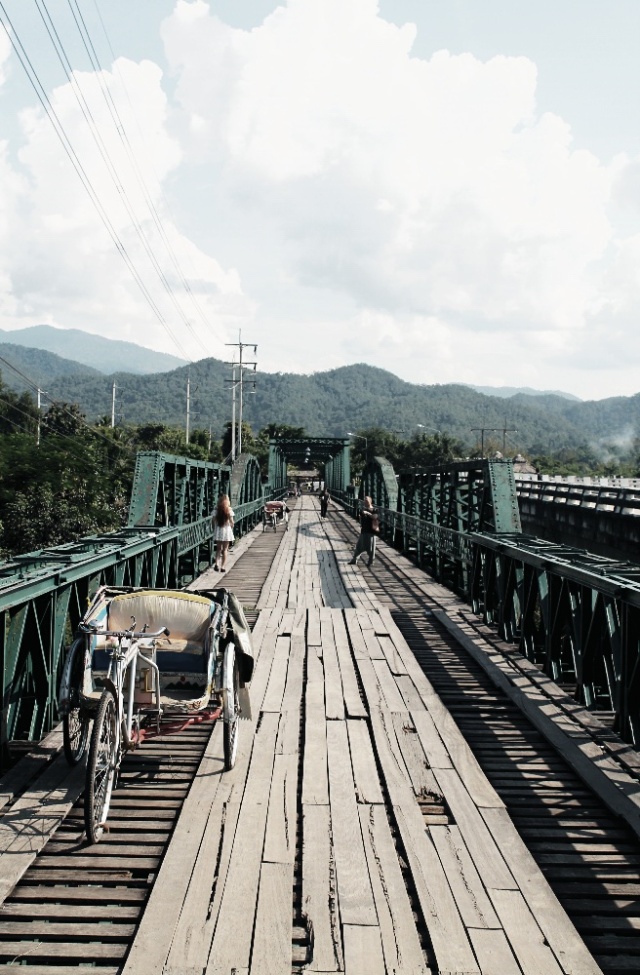 We made our way to the Pai Canyon. We took a bit of a walk through it and took in the panoramic landscape. You could walk for ages through the canyon, but we didn’t carry on too far because frankly it was a scorcher.

We also checked out some of the waterfalls. To be honest, they weren’t all that spectacular compared to other waterfalls we’ve seen on this trip. One of the best scenic views outside of Pai was when we followed a sign to Chinatown. There was an Indian film company there doing some filming which was pretty cool to see. We don’t really know where we ended up, or what it was called but if you keep going through the village where Chinatown is , you’ll run into a cafe on a hill. On top had amazing 360 views. We got there just as the sun was going down and it was stunning. 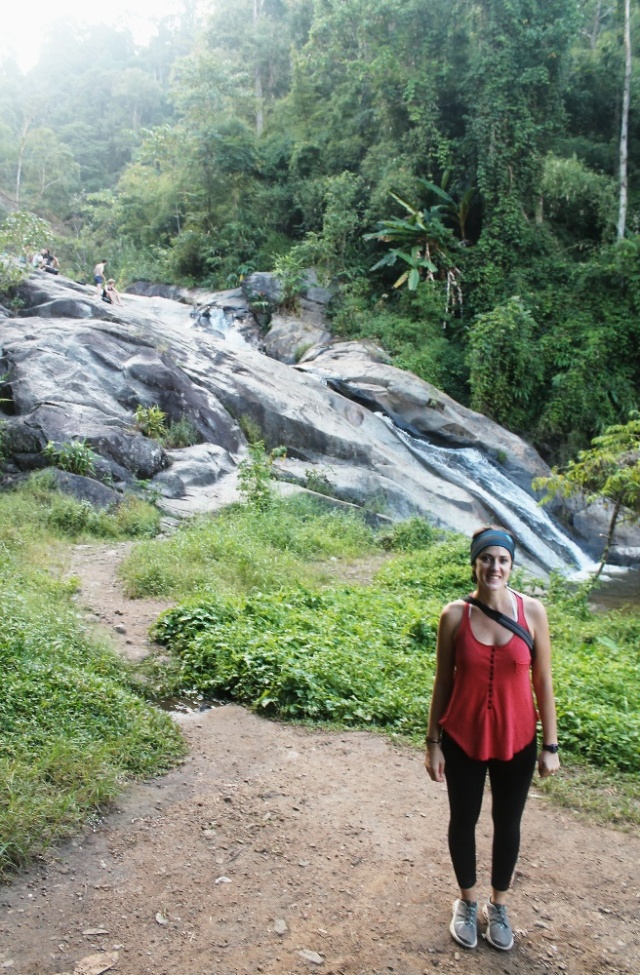 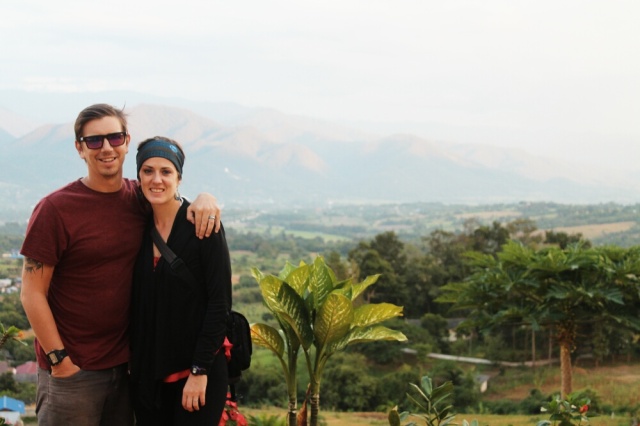 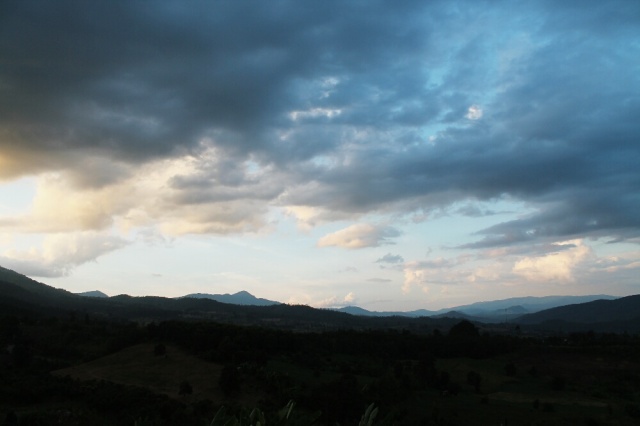 The Pai night market is quite unique compared to other night markets. They have a good mix of food options and eclectic vendors who put a unique artsy twist on products. We found a guy that did abstract caricatures with water colours. We’ve been wanting a ridiculous drawing of Ourselves for a while and this guy hit the mark. 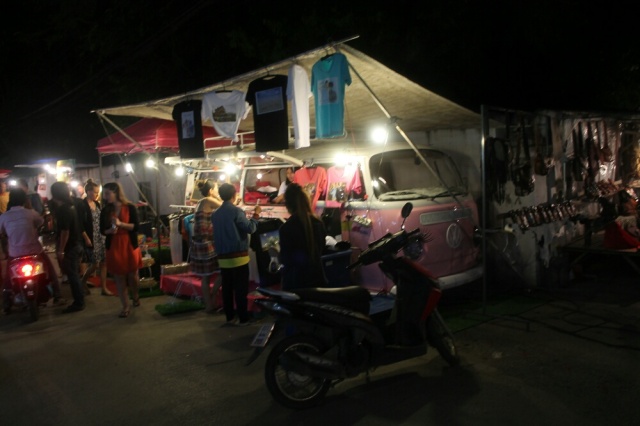 The best thing we did in Pai was a Muay Thai boxing training session at Charn Chai Gym. It’s also known as Bee’s gym because it’s ran by a famous Thai boxer called Bee. The gym was the number one recommendation on Trip Advisor and we can see why.

They run two two hour training sessions a day. You can just rock up if you’d like, or you can sign up for longer training regiments and stay at their accommodations and try to become a thai boxer yourself. One session was good for us, but it’s easy to see why people stay for months at a time.

The staff there were encouraging, yet demanding. There’s no slacking here but it’s always done with a niceness that makes you feel okay about panting and dripping sweat. Admittedly we both felt like bad asses with our hands wrapped, punching and kicking the trainers. It’s not all about the boxing, they mix in a lot of cardio and other exercises as well. We were in a bit of pain the next few days for sure.

Pai is quaint and has its own unique identity. We are glad we listened to other travellers recommendations to visit there. Same goes with most other places we’ve been though and it’s a must to get out of the town centre and check out the surrounding landscapes. Also, if you’re up for a good workout and to learn something new, go to Bee’s gym. We don’t think you’ll leave there disappointed or dry.

Next stop Bangkok, so Pai for now. 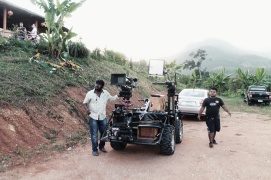 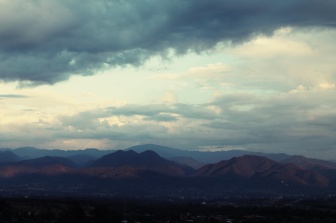 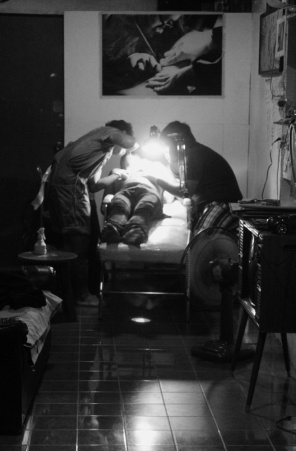 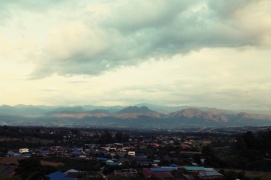 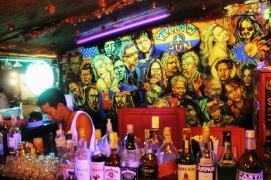 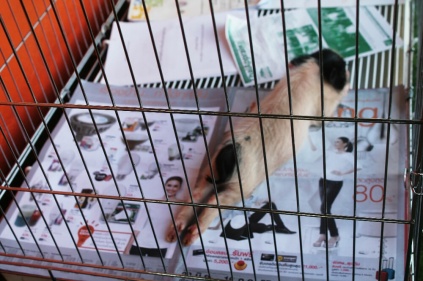