Sorry blog its been over a week since our last post. A few technical hitches… WiFi more like Where-FI!?

Outside of George Town, about a 1hr twisty-turney bus ride will take you to the Tropical Spice Gardens. This really was twisty-turney, as the bus driver drove fast around the curvy coast of Penang, even a local girl got off to show us her breakfast.

The gardens (although gardens don’t really describe this place to its full) has an array of spice and herb plants growing in the rain-forested jungle. It is a tourist attraction rather than something you can stumble upon in the wild. It cost about £11 our entrance fee, all in all, it was worth it. 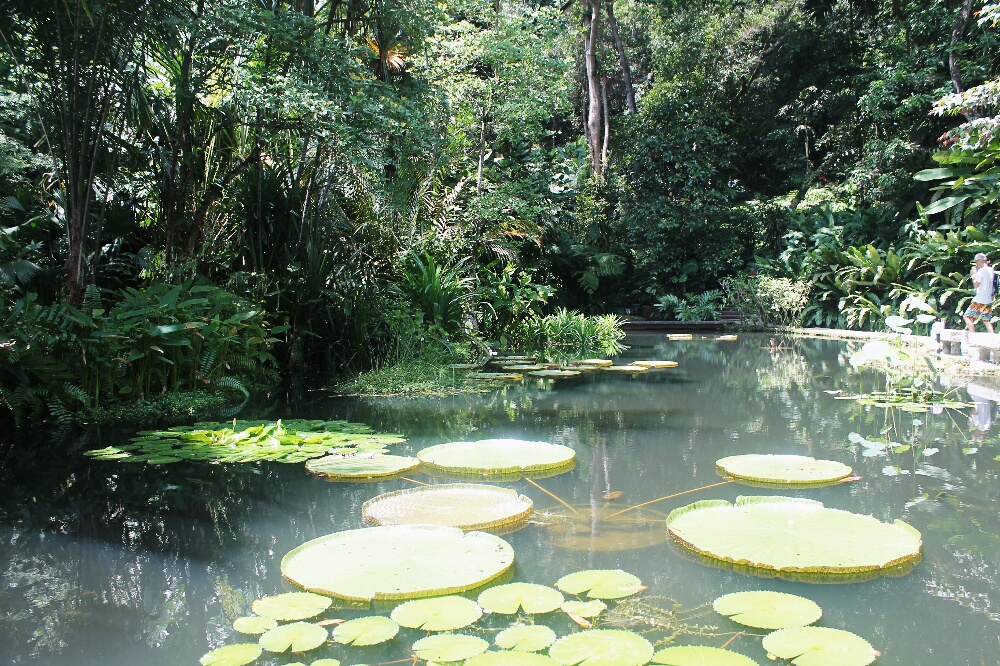 We learned many interesting facts during this visit. For example, we learned that under the Treaty of Breda (1667), the English traded the small island of Run for Manhattan, with the Dutch. This deal gave the Dutch full control of the Banda archipelago. In essence, the Dutch traded Manhattan for Run because of its richness in the much sought after and highly profitable spices mace and nutmeg. Which causes the historical query, did the Dutch really trade Manhattan for Nutmeg? 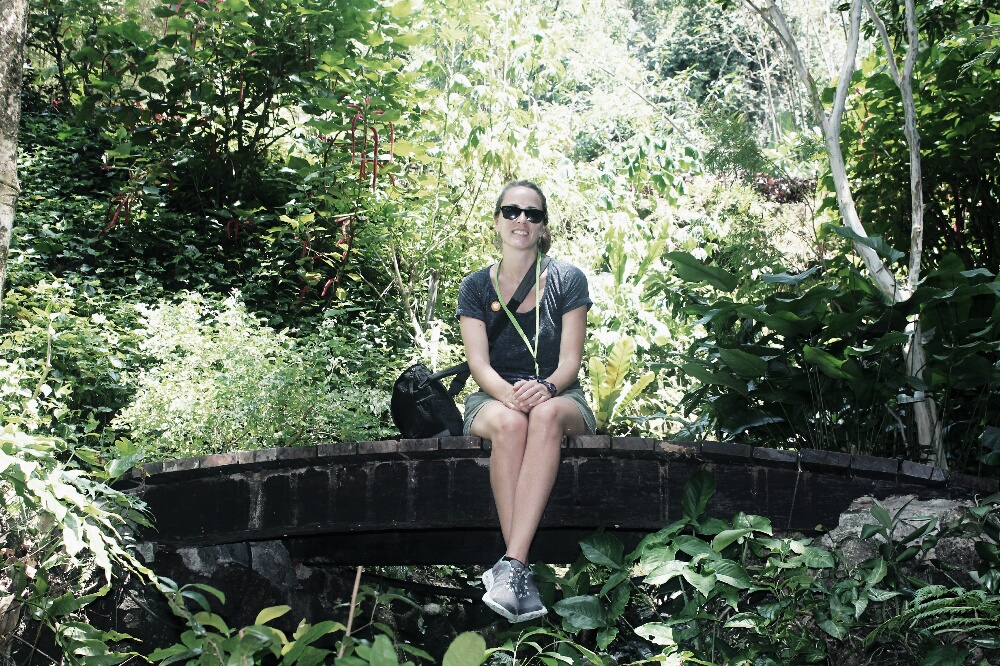 After doing no further research to refute this, it would seem as though they did. I wonder if they think that was a silly trade now? We can only imagine what Manhattan would be like today if the Dutch had retained ownership. 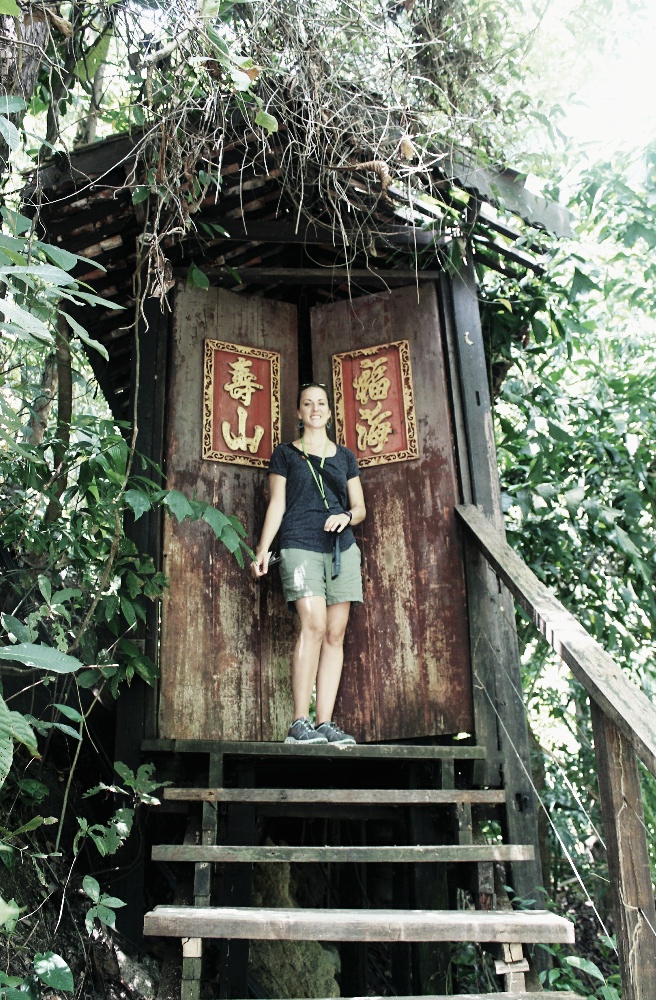 One of the neatest things in the gardens had to be the giant swing! This thing really was gigantic. We swung back and forth over the foliage below and could have sat there for much longer than we did but we saw people approaching. I don’t think anyone misses the opportunity to swing on a big swing. Also at the gardens were unlimited tea, made from some of the herbs grown in the garden. We chilled out of the sun chatting to an older couple from both the UK and Australia who were travelling around SE Asia too – admittedly at a slower pace to us- but was great to chat to our future selves!

The day was really beautiful, however, one disappointing thing was that many of the herb and spice plants weren’t fully flowered, therefore we didn’t really get the full essence of what these plant actually look like in full bloom. Can’t fault anything else but our timing on that one.

After Penang, we made our way to the Cameron Highlands. One thing we’ve noticed is the reliability of transportation in Malaysia versus Thailand. It’s such a relief when you’re told how long a journey will take and it actually takes just that long. An added bonus (feeling slightly guilty when saying this as we are the foreigners) is most people speak English here which has been really helpful as well. 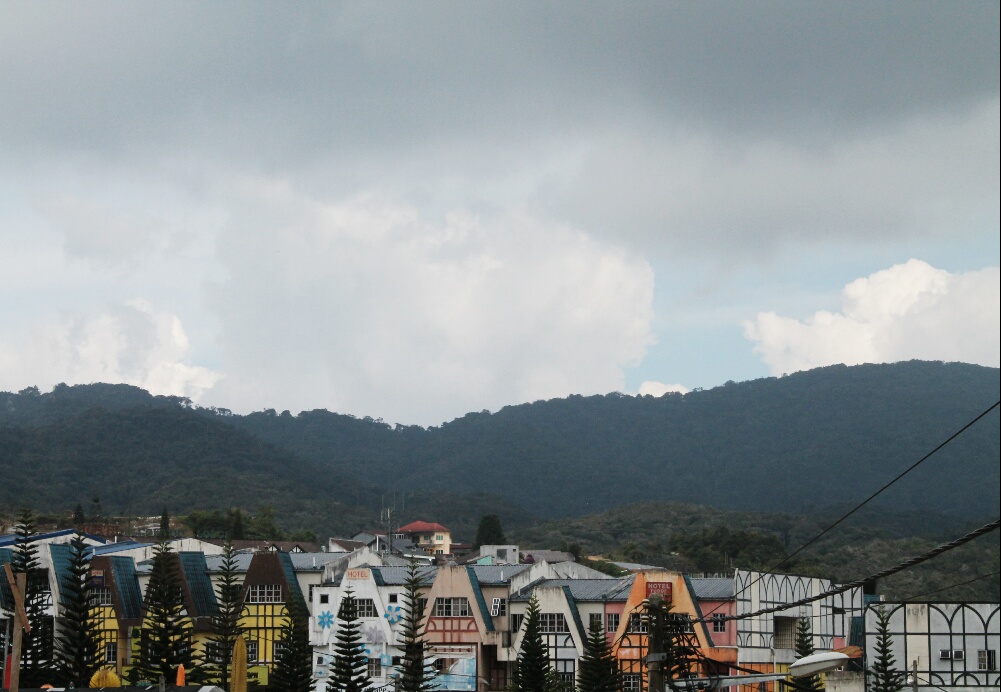 The Cameron Highlands are a grand mountainous escape from the hot humid weather we’ve endured the entire time of our travels. It was a much needed relief. We were finally able to use every article of clothing we brought.

The backdrop of the landscape was breathe taking at times. We stayed in a small town called Brinchang which was a few kilometres from the bigger, more touristy town of Tanah Rata. The main things to do and see here are tea plantations, strawberry and bee farms, and the numerous jungle walking trails.

We took one of the jungle walks, and even though the temperature was much lower, our good ol’ buddy Sweaty Betty gave us a visit. On the fly we took a much harder trail than we wanted too (as we couldn’t find the novice one), it was later in the afternoon and getting dark. We had the option if walking on another 4km or turning back after 2km to where we came from. If we had a torch, and more supplies I am sure the adventurers in us would have came out to play, but we headed back, least it was mainly downhill on the way back. 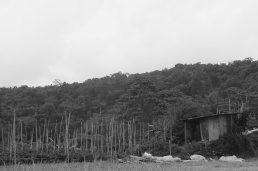 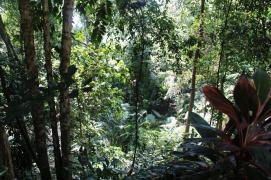 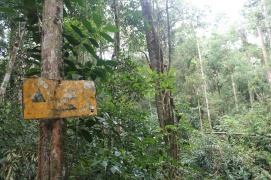 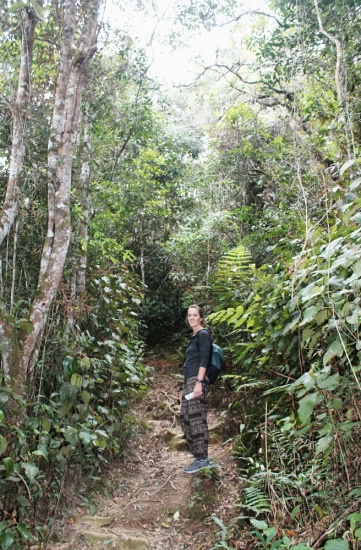 The next day visited the Cameron Valley Tea Plantation which has rows and rows of tea bushes. The smells were lovely as we strolled between the bushes. Afterwards we enjoyed a pot of tea whilst looking out at the hilly green plantation. After that we visited a strawberry farm. You could, if you wanted, pick your own strawberries. We thought it was a bit too pricey and we also didn’t need a large quantity of strawberries. We enjoyed strawberry drinks and bought some berries to take with us, but concluded this farm is better suited for families with small children really. 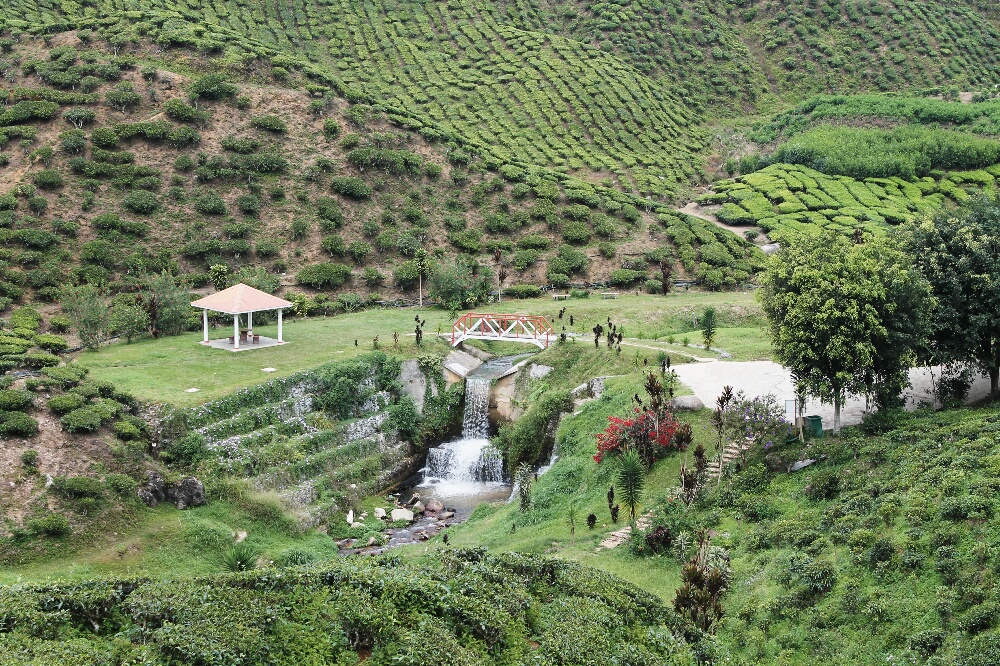 In general, the Cameron Highlands were a great escape from the heat but a bit too pricey for us. The things to do were ok, the tea plantation we chose was a little far out to be worth the taxi ride. The restaurant prices are quite steep, but there is a fantastic way around this. Each town, as with everywhere else in SE Asia, has little markets with vendors/hawkers selling street food. This is by far the best and cheapest way to fill your boots. We were lucky enough to have one just outside our hotel and we got our dinners from there every night. The food was really tasty and there was a lot of variety, including donut holes. Love those little sugary, fatty holes of deliciousness. 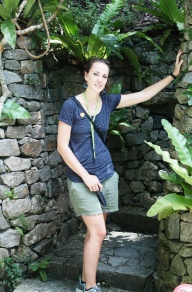 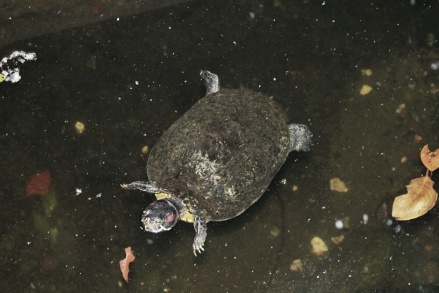 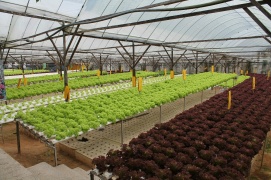 Next we are making our way to Kuala Lumpur to see what the Malaysian Capitol has to offer.

4 thoughts on “Some of the natural delights of Malaysia”