We decided to spend a week in Malaysia’s Capitol to chill out a bit, not pack our bags every few days, recoup some costs by being able to cook our own food. You get the point.

We found a bedroom in a shared flat through the site Airbnb. If you’ve never heard of Airbnb, here’s what I copied straight from their website: Airbnb is a trusted community marketplace for people to list, discover, and book unique accommodations around the world. Airbnb is the easiest way for people to monetize their extra space and showcase it to an audience of millions. 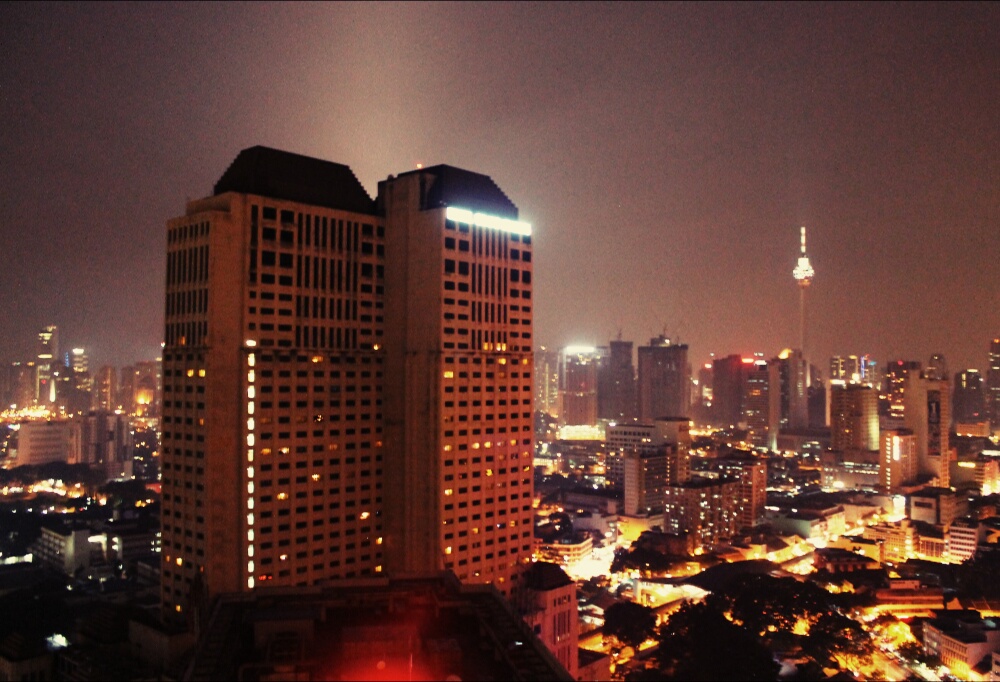 In essence, it’s a great way to avoid hotels, which is really cool. We found a flat about 5 train stops from the main city centre. It was affordable and best of all had a gym and a pool to use. We did get our sweat on in the gym and a few laps as well. The flat was pretty nice as well. We had a few complaints about its cleanliness in the kitchen, but we shared those with the landlord and he seemed to take it well. It was over 30 stories’ high and had a pretty good view  of the city. All in all, we were pleased and it was great not packing and unpacking several times in that week.

Kuala Lumpur is pretty much what you would expect from a big city.  Impressive skylines and good public transportation, with plenty of areas and sights to explore. In many senses it has taken a lot of influences from the west. 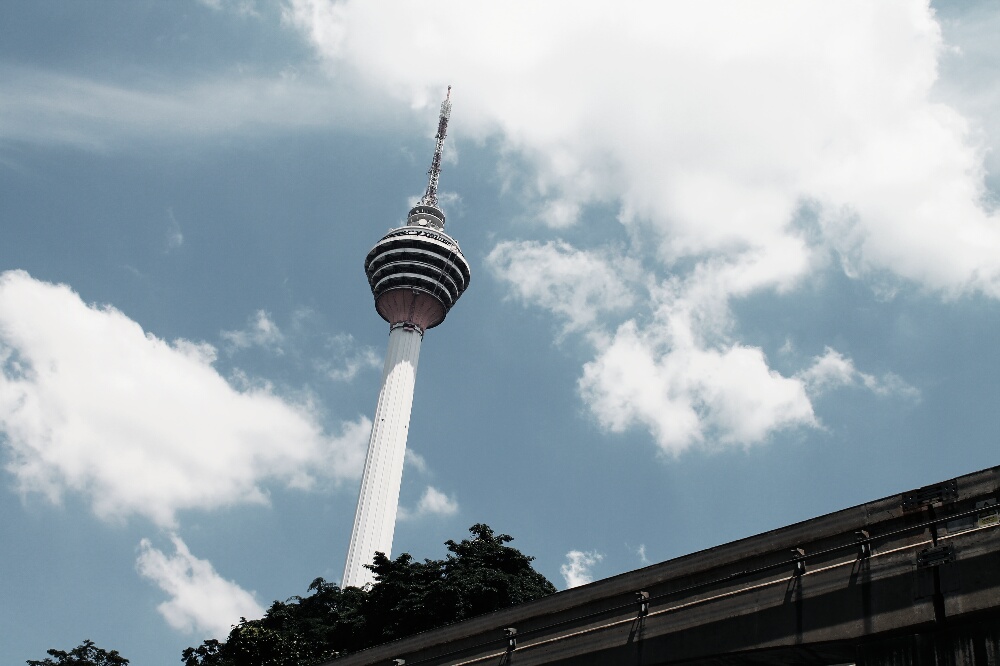 First stop was the iconic Petronas Twin Towers, dominating the skyline of KL. Although we did not pay to go to the skybridge (as its not even at the top of the towers, seemed pretty expensive at £16 a pop) we could totally appreciate the towering size and architectural merit. Inside was a shopping mall, pretty soulless full of designer shops such as Gucci and Harrod’s. After that we took a free bus which takes you around the core of KL, where you can hop on and hop off at your own leisure, a great way to explore some of the city.

One Saturday we found some information on a festival in trendy shopping mall call Publica. Very different from the one located in the twin towers. Publica was bursting with creativity in terms of shops, brands and the music performances with in the mall. 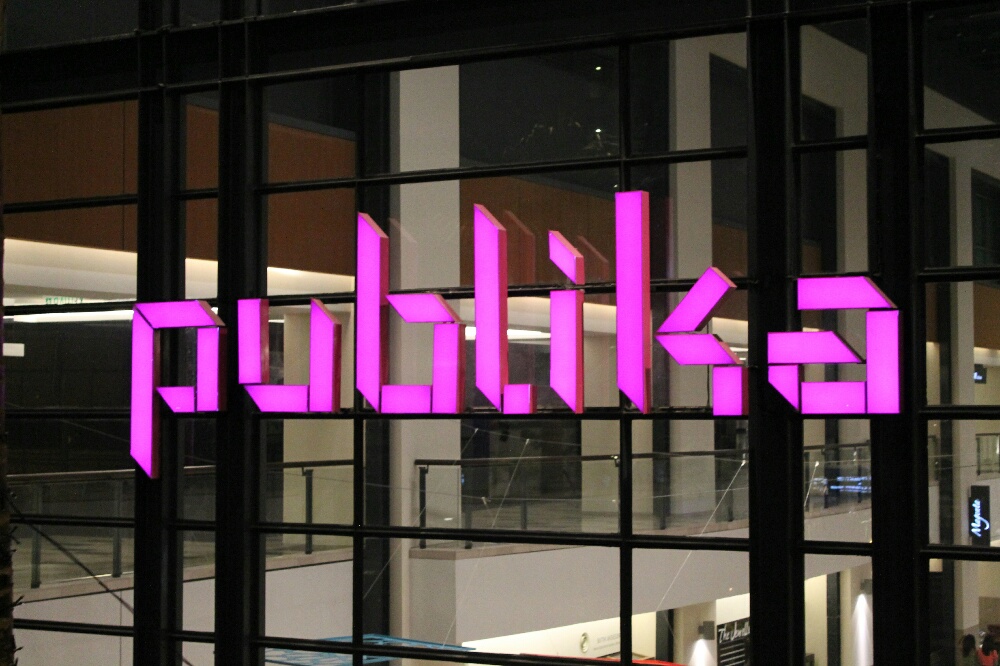 We saw a couple of performances and hit the MAP @White Box, a unit holding lots of independent clothing brands while live music was playing. The vibe was cool and unique. As a graphic designer of sorts it was not hard to appreciate the brands and designs on offer with the cool sounds of the acoustic guitar in the background. After a walk around, we finally stopped off at a bar.  To say finally…as we haven’t drank since landing in Malaysia, although the food is cheap the beer here is quite expensive in comparison with India and Thailand. So after a dry couple of weeks we sure made up for it. Sitting on the first floor balcony drinking cold beer putting the the world to rights. About 5hrs later and a little stumbly we headed for some food. Another thing missing from the trip had been a decent burger so when we saw “fat boy burgers” we were in. We had a great day even if fueled by alcohol, but really, we could have been in any western city. The next day we hung out at the apartment, had a dip in the pool to awaken our tired souls. 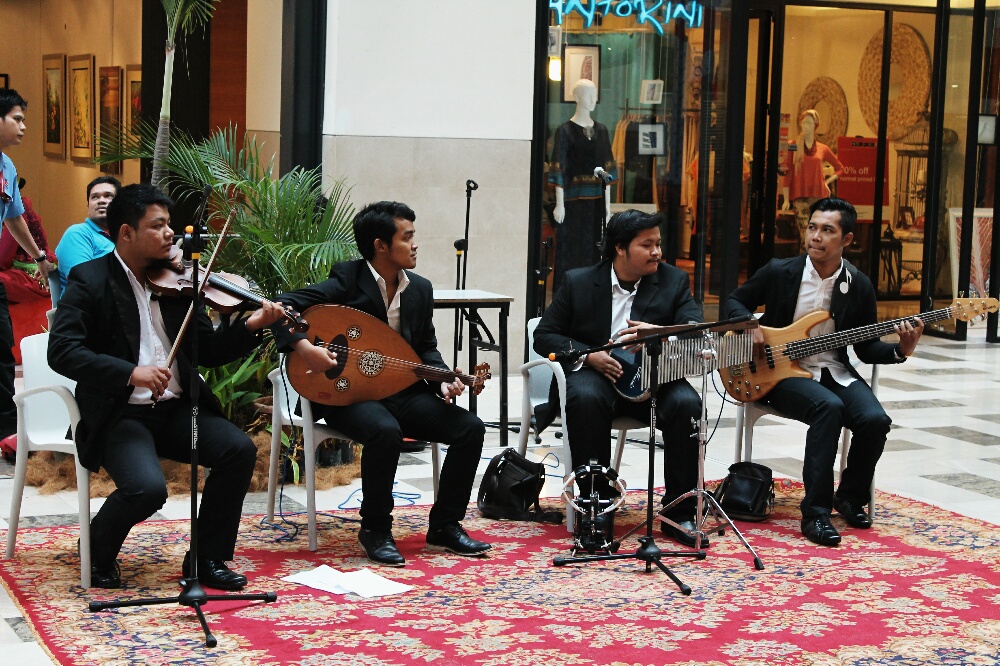 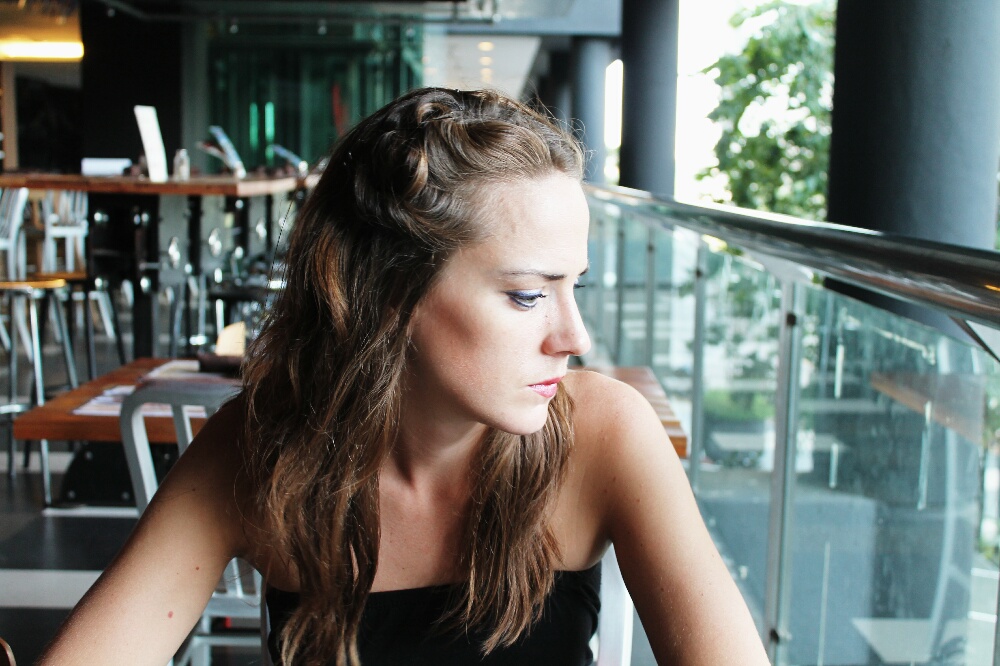 After recovering for the day we hit the Batu Caves, which were a short train journey further out of the city. The caves are 400 million years old and filled with preying temples and hundreds of monkeys. 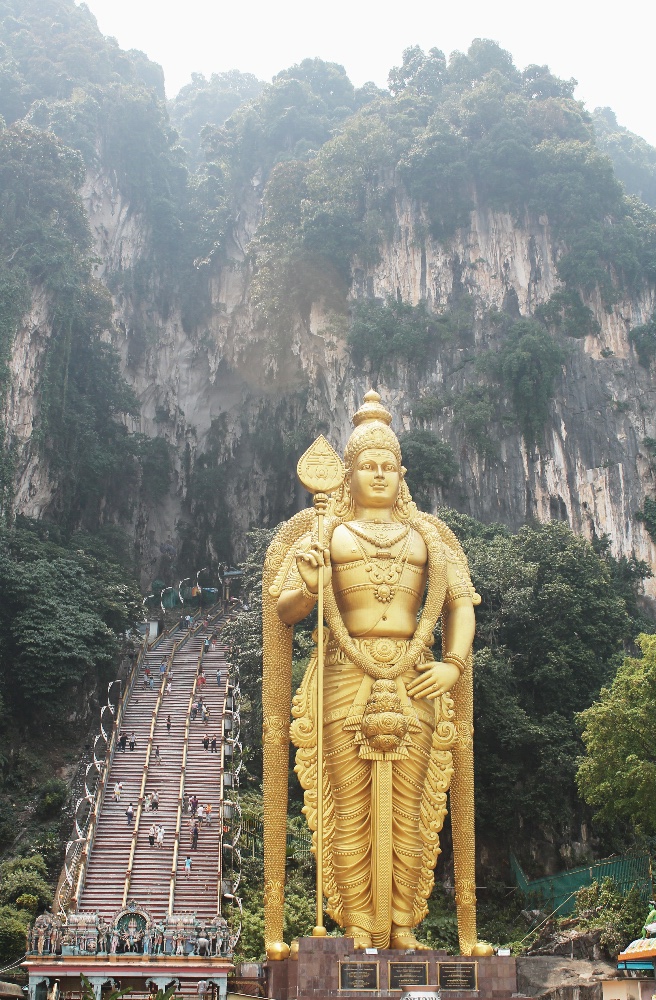 The caves are free, although it will set you back a major climb up 300 steep steps to get into the caves. Once inside, the caves they are pretty impressive but the main attraction is by far the monkeys. They are walking, running and climbing around all over the place. At one point I had a staring contest with one until it went into a pouncing position and screamed at me, which was enough for me to pee my pants and swiftly move on. The Batu Caves are a cool attraction, the caves are very impressive, but don’t plan to be there too long as they take about 10mins to walk around and 10mins to play with the monkeys.

After that we hit the central market, full of market stalls, here you can get lots of unique items as well as the usual tourist crap you see everywhere.

On our last day we went to the lake gardens. This is KL’s version of Central park. With a massive lake in the middle you can spend hours walking around all the different gardens and over the multiple bridges. Not quite as refined as Central Park but well worth a visit. Get ready to put some miles in and take water and mozzy spray, we were like a walking lunch for the litter critters. 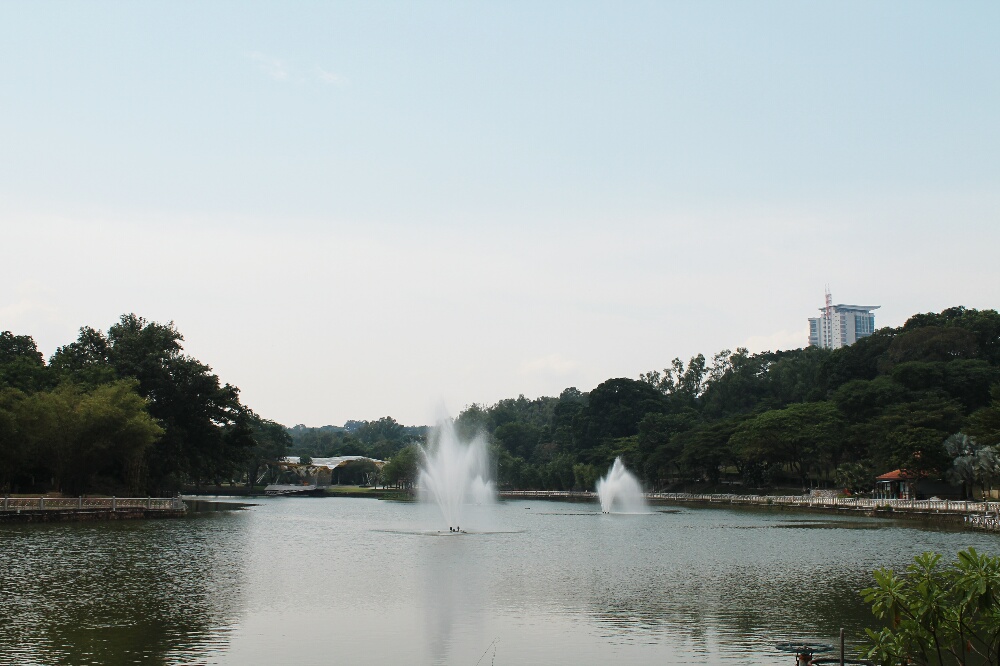 We didn’t feel like we had to go overboard seeing everything in KL, we really needed to chill out for a few days. While in KL we decided to cut our trip to Malaysia a bit shorter mainly due to over spending in other countries. This cut will help get back on track for the remainder of the trip. 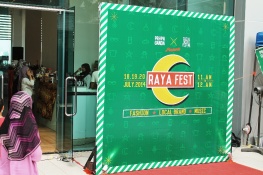 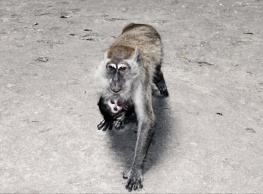 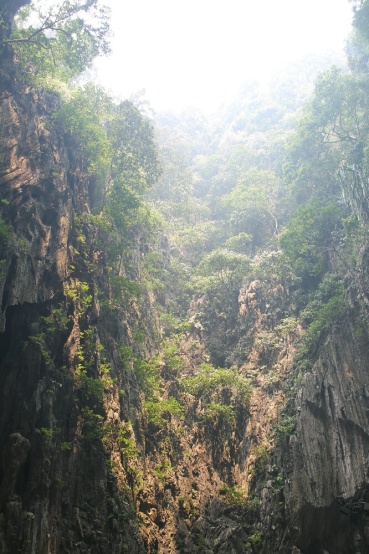 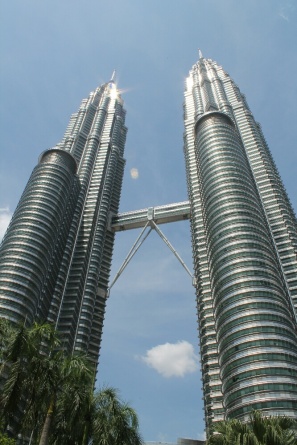 Next stop is Jakarta, Indonesia

Peace out Stephen and Katie x

5 thoughts on “Umpa umpa stick it up your Kuala Lumpur!”